de
Who we are
Essay

‘Why Bertha Benz would be disappointed with the World Climate Summit’

Gaining insights by taking an unusual historical perspective by Annette Kehnel, Professor at the University of Mannheim.

What would Bertha Benz think about the World Climate Summit? What does the founding of Europe’s oldest bank have to do with social participation and how was the rags business swept away by innovation? And what does the one have to do with the other? The answers to these questions will show that, especially when it comes to sustainability, innovation is not a question of modern times. Instead of falling behind what we have already learned, we should put more effort into training our sense of what is possible.

My first hypothesis: if Bertha Benz were to see us today, she would shake her head in disbelief. As early as 1888, it was clear that the internal combustion engine pollutes the air and makes far too much noise. And consequently, in the same year, Maschinenfabrik A. Flocken in Coburg launched an electric vehicle. Of course, Bertha’s heart beat for her husband’s combustion engine all her life. But she certainly would not understand why, a century and a half later, posterity has still not managed to get to grips with its destructive side effects on the environment and climate.

What would she think about the climate summit in Glasgow? Well, obviously there’s no way of knowing, but I’m allowed to speculate – Bertha, who dedicated her entire life to progress, would be terribly disappointed:

It was two years since her husband had received the patent for his invention: a vehicle with an internal combustion engine. But her contemporaries distrusted the new horseless carriage. Only a limited driving license had been granted to Carl Benz, and the hoped-for business based on the new invention refused to materialize.

Finally, Bertha Benz took the initiative: she put her two eldest sons into the Benz patent motorcar no. 3 and drove off – without a driver’s license, without her husband’s knowledge, but with full confidence in the future –- to see her parents for Sunday afternoon coffee. After 13 hours of driving in the three-wheeled vehicle, several breakdowns and improvised repairs, the 106 kilometers to Pforzheim lay behind her.

To this day, this adventure is considered a pioneering journey on the road to the automobile age. Bertha Benz did not just do what her role envisaged, but tried to do what was possible and made world history in the process. She dared to do something completely new. She knew very well that you cannot change the wind, but you can adjust the sails.

Let’s mirror that by looking at a current event: in July 2021, Ursula von der Leyen presented the EU’s plans for climate protection tariffs. The German industry objected that it was necessary to be careful, to proceed cautiously and

This shows that although everyone recognizes the urgent need for action, there is a chronic unwillingness to change. In psychology, this is referred to as cognitive dissonance; in behavioral economics, it is referred to as status quo bias. In other words: everyone wants everything to get better and better, but nothing should change in the process, thank you very much.

Nevertheless, people have proven their ability to change time and again throughout history. A very concrete example of change management can be found in an urban society of over 500 years ago. In the most economically advanced cities of Italy in the 15th century, in Perugia, Siena, Bologna, Milan, Florence, the city councils came up with the idea of establishing financial institutions for the poorer classes of the population.

Loan security was organized through pledges: in the spring, the farmer from the surrounding area was able to deposit his winter coat in the bank as collateral. He received a loan to buy seed and was able to redeem his coat with a portion of the yield after harvest in the fall.

The name of these financial institutions was Monti di Pietà. One of them was Monti dei Paschi in Siena; with a founding year of 1482, it is now Europe’s oldest bank. This was not alms-giving by the church – it was about maintaining social balance, about enabling market participation at all levels, not just for the wealthy, but also for those who had little. Not because they wanted to get rich, but to secure their supply strategies. The motto of the city’s masters: it’s a disgrace to get rich and keep producing more and more wealth.

The topic is already addressed by Aristotle. To him, market participation was the prerequisite for social cohesion. Business and society thrive on mutual give and take. It is this exchange that creates cohesion.

Muhammed Yunus took up this idea again – albeit half a millennium later and in India. It earned him the Nobel Peace Prize in 2006. His contribution to the benefit of humanity – the committee found – was the invention of a new financial instrument: to grant small loans to poor people on easy terms. According to Yunus, it is suitable for establishing lasting peace because it gives large groups of the population the opportunity to break out of poverty. Yunus, an economist who studied in the USA and later became a professor at the University of Chittagong in Bangladesh, showed the whole world that this can work and also how it can work. He did so with his Grameen Bank, founded in 1983 for the poorest of the poor. In awarding the prize, the Norwegian Nobel Committee recognized his efforts for “economic and social development from below.”

‘Let’s not fall
behind what we have learned’

The question that arises for me in this context is: When did we forget all that? Why did we need to reinvent microcredit banks after 500 years?
Apparently, our ancestors knew better how to manage change and thus possessed more transformation capability than some of our contemporaries.

What sometimes irritates me in the current sustainability debate is this incredible fixation on the present – before us the stone age, after us the flood. Instead of adopting a farsighted historical perspective, people are locked into the present, taking a shortsighted view. Otherwise, we would see what incredible transformational challenges people have not only overcome but also actively shaped in the past centuries.

The city councils in northern Italy were clearly responding to change in the 15th century, to side effects of economic growth and increasing prosperity. They initiated a transformation process. Why do we frequently find that there is still so much resistance to change? Transformation seems difficult, makes many people uncomfortable. Status quo bias seems all-powerful.

In this context, I would like to tell you about an episode from the 18th century. There was a shortage of raw materials for paper production – in the age of enlightenment, of all possible times in history. At that time, paper was made from rags – probably one of the oldest and most successful recycled products ever. But in the 18th century, the demand for paper increased and rags as a raw material were no longer sufficient.

The search for alternative raw materials was on. Jakob Christian Schäffer was a bit of a tinkerer, experimenting with poplar seeds, seed cotton, grass, straw, lichen, mushrooms, wasp nests and hemp ... The reactions of his contemporaries were ambivalent. Especially the experts in paper production were skeptical, reacting with a raised forefinger: not so fast, young man!

A certain Georg Christoph Keferstein, a respected paper miller from Kröllwitz, not far from Halle, was a master of his craft, recognized and respected. An expert! He wrote a brief for his 15 sons on the fine art of papermaking, including a warning against the newfangled inventions of the amateur Schäffer.

As an expert, the experienced papermaker simply saw no need for action. Similarly, after the development of the first mainframe computer in 1943, Thomas Watson, CEO of IBM, allegedly estimated that the worldwide demand for such newfangled devices would be no more than five.

How can such misconceptions occur? It can certainly not be argued that Keferstein or Watson didn’t have enough expertise or didn’t know their business well enough. Rather, these were cases of too much self-confidence and stubborn trust in proven technology. They sometimes blind us to current developments and the needs of present and future generations.

An additional factor is a lack of continuous questioning and encouragement of our own transformation competence. It is only by changing these aspects that we will avoid serious future disappointments. And it’s not only about the global climate: our own survival is at stake.

Prof. Annette Kehnel is a very successful book author - she was awarded the NDR Non-Fiction Book Prize in November 2021 for her work ‘We could also do differently’. In this "Brief History of Sustainability" she shows that recycling and microfinance, minimalism and the common good economy are not concepts of the modern age. These were already designed and realized hundreds of years ago ... but were lost again afterwards. What can be learned from history for the present and the future is described by the historian in her book, which will be published in May 2021.

Kehnel has been a professor of medieval history at the University of Mannheim since 2005. Born in 1963, she studied history and biology from 1984 to 1990 at Albert Ludwigs University in Freiburg, Somerville College Oxford and Ludwig Maximilian University in Munich. She received her doctorate from Trinity College Dublin in 1995 with her dissertation, which was the first ever complete scientific account of an Irish monastery in the Middle Ages. Her post-doctoral work was completed in 2004 at the TU Dresden with a thesis on the Franciscans in the British Isles from the 13th to the 16th centuries.

The focus of her current work and research is on historical anthropology, political, cultural and economic history, and comparative religious studies. 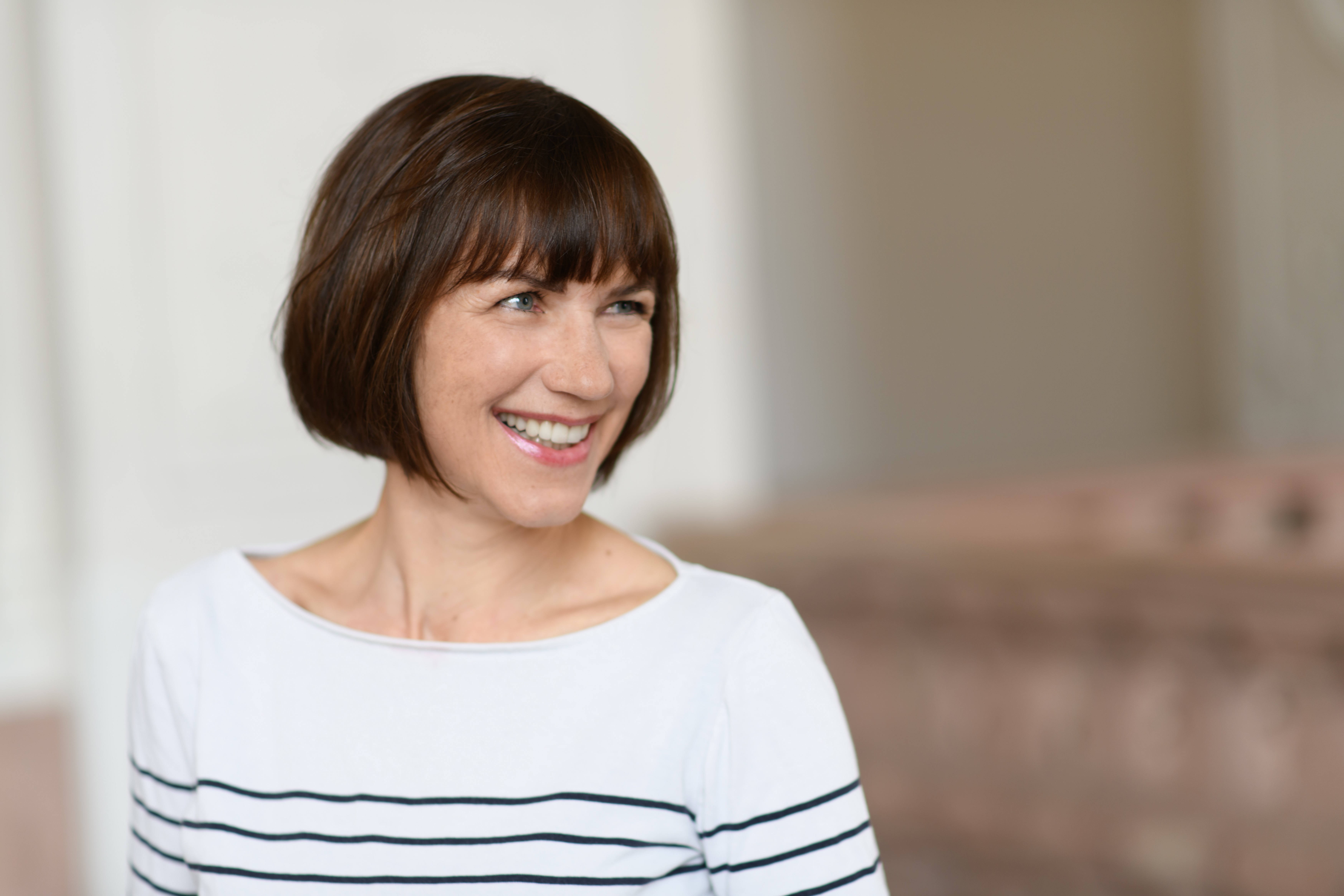