Round Table in Frankfurt with Wolfgang Schäuble

Dr. Wolfgang Schäuble, Member and former President of the German Bundestag: “Safeguard what has been tried and true and venture something new!”

Dr. Wolfgang Schäuble, the longest-serving member of the German Bundestag and former President of the Parliament, was welcomed for the second time as guest of honor and speaker at a zeb.Roundtable event.

The serious and intense discussion centered on the enormous challenges posed by Russia’s war against Ukraine. The focus here was on the politicization and radicalization of trade relations. Inconvenient supply chains, for example, needed to be reassessed in light of geopolitical developments. According to Schäuble, energy policy had become security policy and vice versa. He claimed that the supposedly tried and tested formula of ‘change through trade’ no longer applied. The West and Russia, but also the West and China, were in the process of reducing their deeply entangled dependencies.

In view of the Atlantic solidarity to the benefit of Germany, Schäuble warned against unilateralism. “We must not shy away when things get uncomfortable for us.” Kremlin leader Putin must know: “For our way of life, for our freedom, we are willing to make even substantial sacrifices.”

Nevertheless, Schäuble, who has been representing his constituency of Offenburg in the German Bundestag as a directly elected member for 49 years, gave an optimistic outlook for the future. He said he believed in the young generation and thought that they needed to be involved in participation processes, as this was the only way to exemplify and ultimately successfully defend freedom and democracy.

“In the long-term, this can release us from the saturation that we have reached to some extent during decades of growing prosperity and increasing inertia,” Schäuble explained. “Many people in our country feel that change is needed. We are facing challenging tasks, which sparks energy and imagination.” 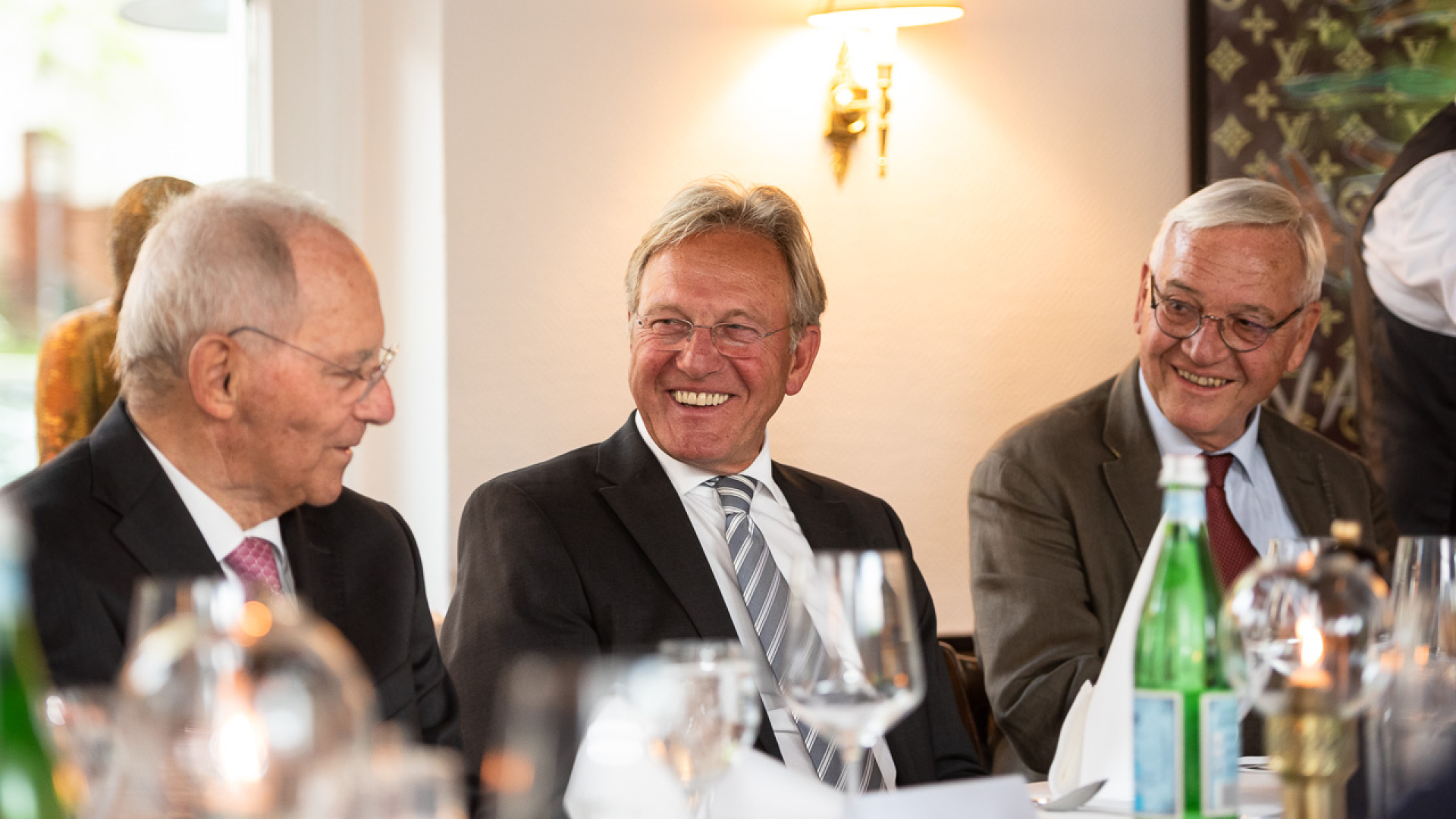 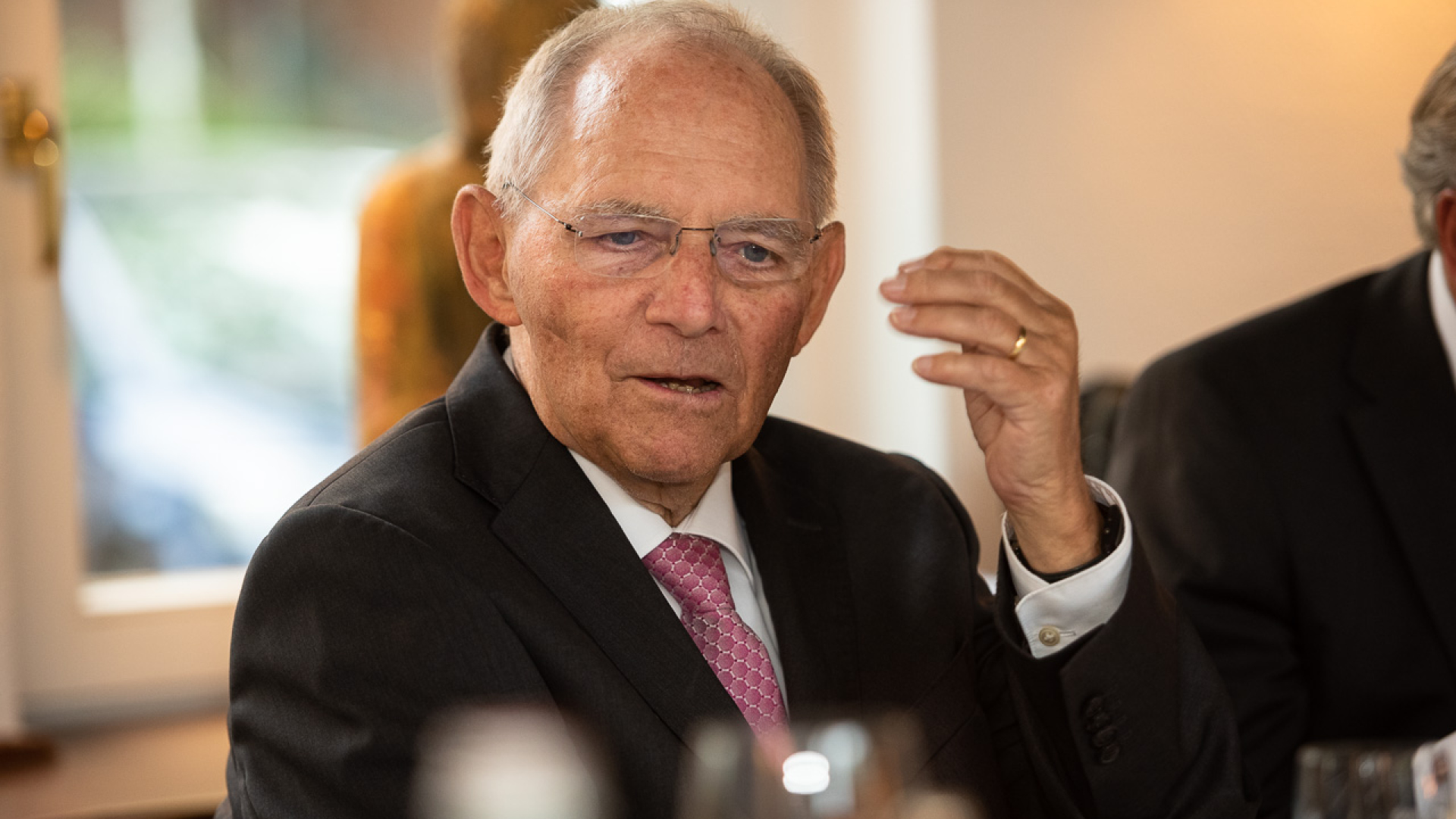 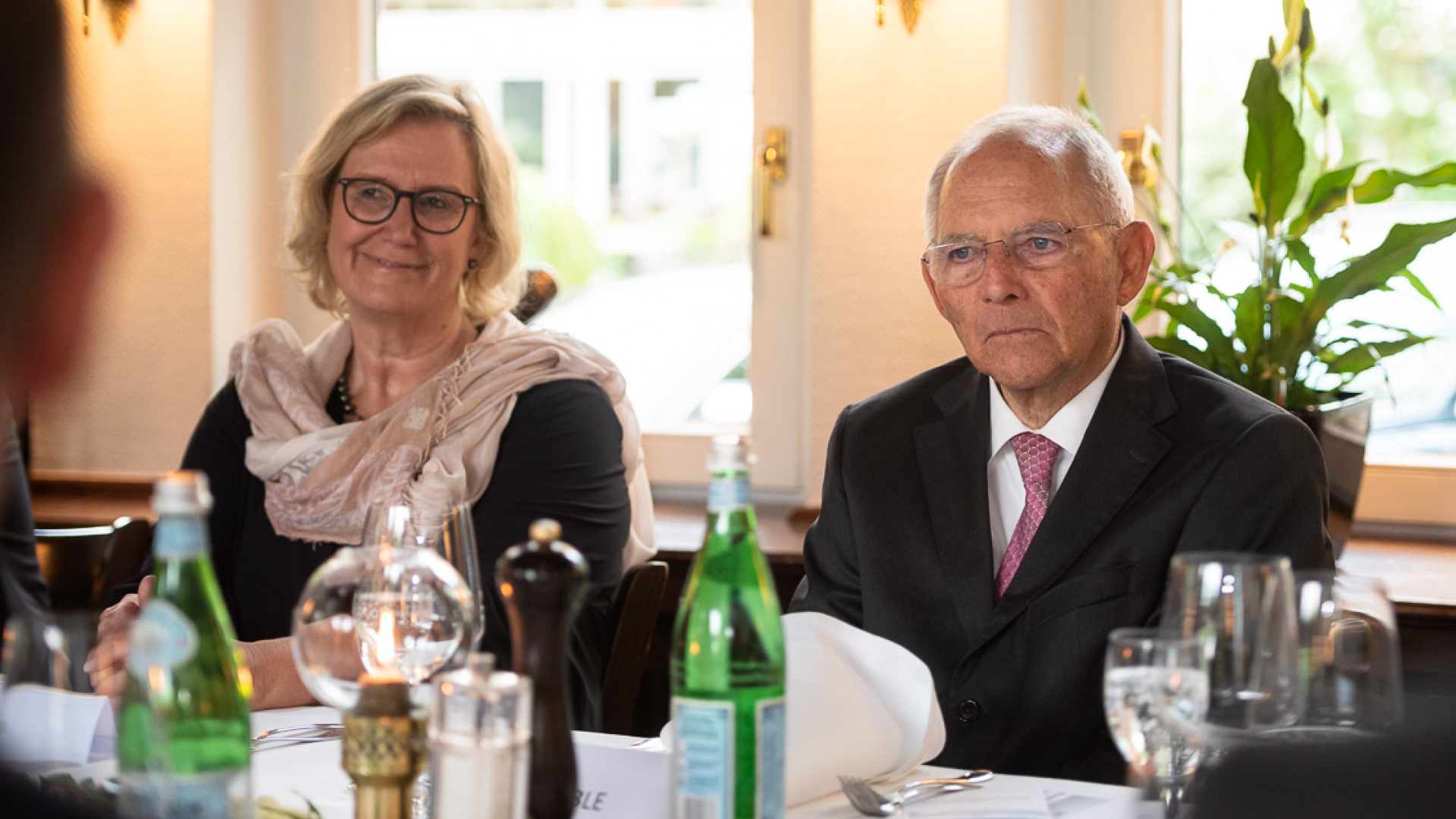